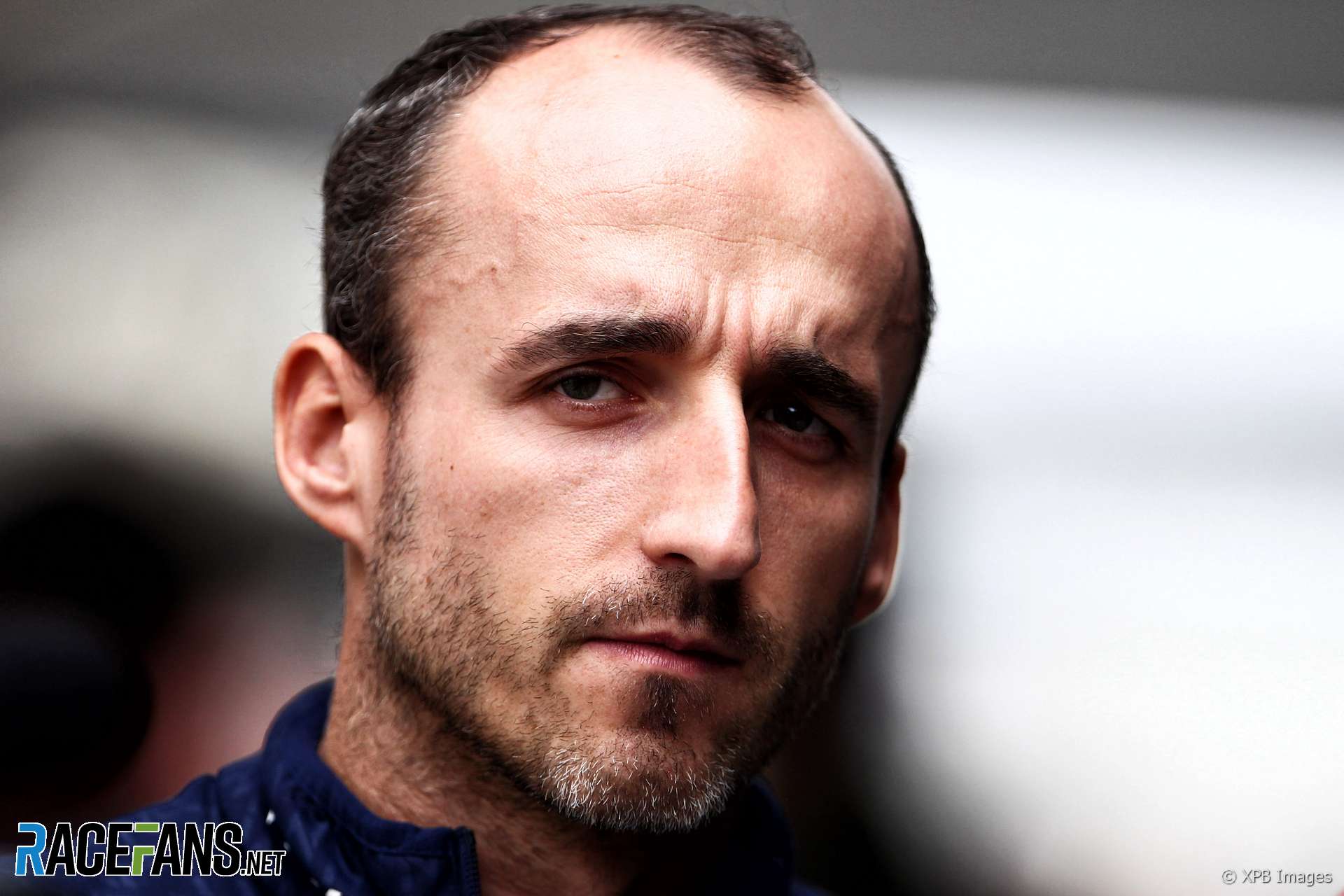 Robert Kubica got his first car at the age of four: “it had a four-stroke engine, no horsepower but still could do about 40kph”. He drove that until he got a real kart two and a half year later, and aged ten he got his racing licence and started competing.

With little motor racing infrastructure in his native Poland, Kubica started competing in Italy from the age of 13, driving for kart manufacturer CRG.

Kubica coped with the cultural differences and continued to reap successes in karting. He raced against Lewis Hamilton and Nico Rosberg among others in the European JICA championships, and Hamilton rates Kubica as one of his fiercest competitors.

With the support and guidance of Daniele Morelli, Kubica moved into single-seater racing in 2001, in the Italian and European Formula Renault championships. In his second year he finished second in the Italian category behind Jose Maria Lopez.

Formula Three beckoned for 2003 and he scored a single win for Prema Powerteam at the Norisring street circuit, ending the year 12th. The following year he switched to ASL-Mucke and finished seventh in the championship but failed to repeat his win of the previous year.

At the end-of-season non-championship race at Macau he drove for Manor alongside Hamilton. Team boss John Booth said of the pair: “On the practice they’d go out and on the first lap Lewis would be 2.5s clear of everyone.” Kubica took pole for the qualifying race ahead of Hamilton, but Hamilton passed him at the start and won. In the final Kubica finished second behind Alexandre Premat after Hamilton was taken out by Rosberg. For 2005 Kubica moved to World Series by Renault with the Epsilon Euskadi team. He won the title from Adrian Valles with four wins and seven other podium finishes, and 154 points to Valles’s 116. That earned him a test with the Renault F1 team, who did not offer him a place in the team.

Instead Mario Theissen of BMW, which had just become an F1 team independent of Williams, signed Kubica up before even having given him a test.

Kubica took up the role of third driver for BMW and completed 25,000km of testing for the team. When Jacques Villeneuve was dropped six races before the end of 2006, Kubica was promoted to the race team.

He finished in the points on his debut at the Hungaroring but was disqualified for being underweight. He more than made up for that disappointment at Monza, however, where he raced to the podium in only his third F1 race.

BMW kept him on for 2007 and he initially seemed to struggle with the new Bridgestone tyres. Then during the Canadian Grand Prix he suffered a huge crash and was very fortunate to escape without injury. He missed the following round as a medical precaution but on his first race back he out-qualified Nick Heidfeld and raced to fourth.

Heidfeld retained the upper hand over the full season but Kubica came closest to winning a race. He retired from the lead of the Chinese Grand Prix at Shanghai shortly after taking the lead in the wet/dry race. Kubica has single-handedly made F1 popular in Poland, although he has on occasion been frustrated by the unrealistic expectations his countrymen have of him given their lack of knowledge of the sport.

At the beginning of 2008 he said: “Before I started in Formula 1 there was very little interest in the sport. Now it is a fact that the knowledge of Formula 1 in Poland is a lot higher and if you compare the television audiences of a couple of years ago with those of today, there is an incredible increase, but also the number of fans coming to the races, enjoying the sport and crossing their fingers for me.”

He clicked with the F1.08 from the first moment he drove it before the 2008 season got underway. He narrowly missed pole position for the first race at Melbourne and two races later became the first Pole to start a race from pole.

More first were yet to come: at Montreal he capitalised on a collision between Hamilton and Kimi Raikkonen to snatch victory, heading home a BMW one-two, and taking the lead in the drivers’ championship. It couldn’t last, however, with the F1.08 not on the pace of the front runners, but Kubica remained in the hunt for the drivers’ title until the penultimate round.

Hopes that 2009 would be the year the team could compete for the title were dashed as the F1.09 struggled to compete in the opening races.

There were few bright spots in 2009 for Kubica. He was on course for a podium finish at Melbourne before colliding with Sebastian Vettel.

It wasn’t until BMW brought a major upgrade for the car at Singapore that Kubica was able to challenge for points. At Interlagos he finished an excellent second behind Mark Webber. But by then BMW had already announced they were quitting F1.

Kubica moved to Renault for 2010. Having joined a team that had also suffered a poor 2009 they rebounded together in 2010. He consistently got the most out of the R30, bringing it within range of the front-running teams.

He qualified on the front row at Monaco and finished on the podium behind the Red Bull drivers.

He was also on the podium at Spa and had worked his way up to second at the start at Suzuka before a wheel fell off his car.

There was little contest between him and rookie team mate Vitaly Petrov, and as the season progressed rumours linked him to Felipe Massa’s Ferrari seat alongside Fernando Alonso.

Kubica signed a two-year extension on his Renault contract. But just days after testing the R31 for the first time he was seriously injured following a crash in a rally in Italy.

He underwent surgery several times throughout 2011 and missed the entire season.

Following a lengthy period of recuperation Kubica returned to action in rallying. He competed in the World Rally Championship but then began working on a return to circuit racing.

He appeared in GT races during 2016 and announced an entry into the World Endurance Championship with the ByKolles team. However he shelved the plans shortly before the first race of the season.

Instead Kubica began preparing for a potential return to F1. He tested a GP3 car and finally returned to the wheel of an F1 car with Renault in a private test at Valencia. Following another run at Paul Ricard the team announced he would participate in one of the official 2017 test days, his first in a current-specification machinery since before his accident.

Following the test Kubica was considered a potential option for a 2018 race seat. However before the season was over Renault hired Carlos Sainz Jnr to replace Jolyon Palmer alongside Nico Hulkenberg.

Kubica’s best chance for a return therefore appeared to be at Williams, but he was passed over in favour of Sergey Sirotkin. Nonetheless he took up a reserve and test driver role at the team which kept him closely involved with the car’s development.

Ahead of the final race of the year, having attracted backing from Polish oil company PKN Orlen, Kubica was confirmed in an all-new line-up at the team for 2019 alongside rookie George Russell.