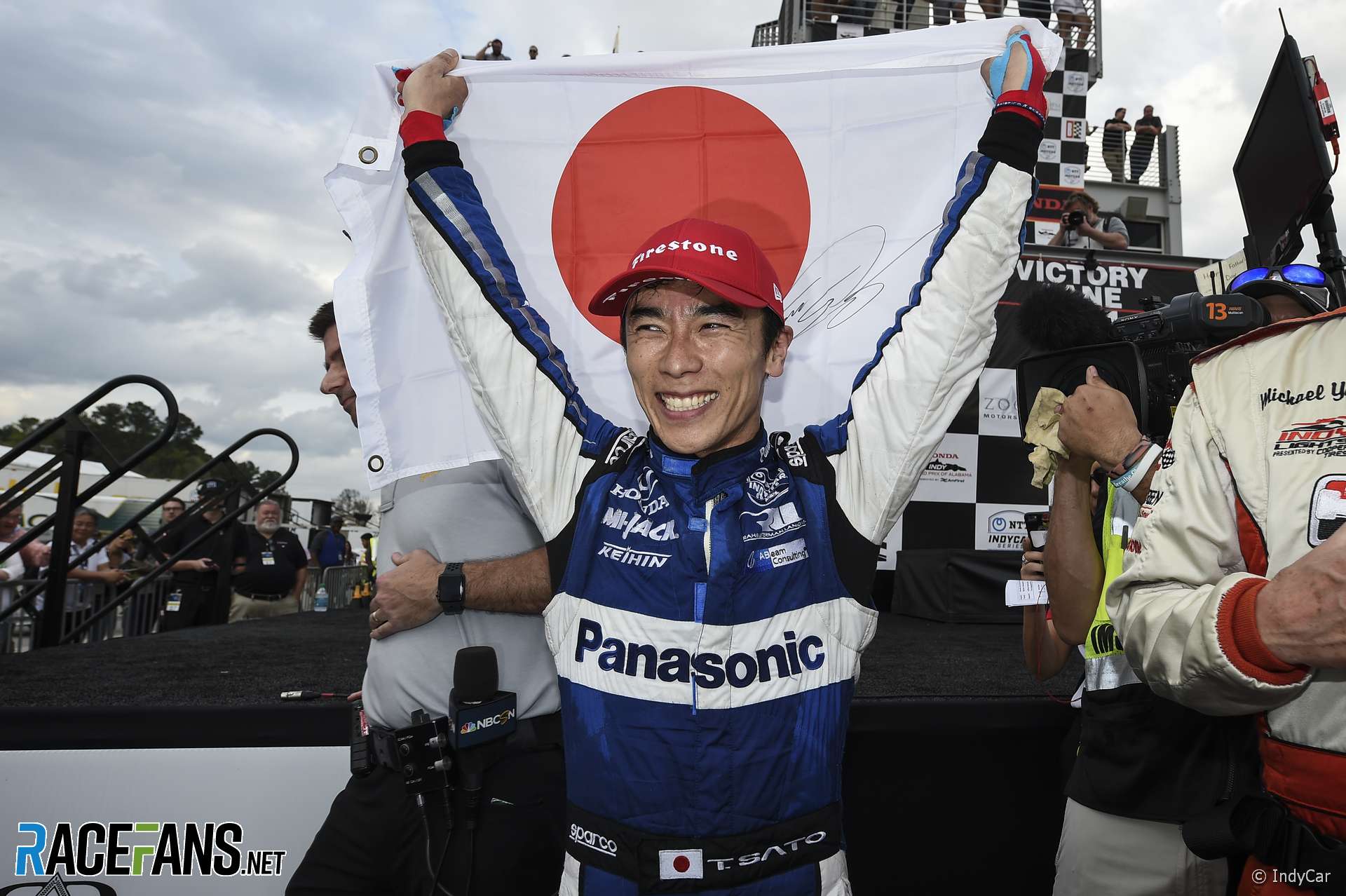 Takuma Sato shone in British Formula Three, winning the championship in 2001. But his debut F1 season for Jordan in 2002, as Eddie Jordan tried in vain to court Honda into staying with them, was notable for a string of accidents until he scooped fifth place at his home grand prix.

Jordan lost their Japanese engine supply anyway so there was no need for him at the team in 2003. He joined Honda-supplied BAR as a test driver and stood in for Jacques Villeneuve when the Canadian quit the team late in the season.

Sato took Villeneuve’s place full-time in 2004 and with a competitive car under him scored his first podium at Indianapolis. But more often than not he was outclassed by Jenson Button.

Sato’s problems continued in 2005 – most disastrously when he took out Michael Schumacher at Spa-Francorchamps and Jarno Trulli at Suzuka, earning a disqualification for the latter.

But there was outcry in Japan when Honda, having taken over BAR, announced he would be dropped to make way for Rubens Barrichello.

That would probably have been the end for Sato’s F1 career but Honda was eager to keep Sato in F1 somehow. A solution was found in the creation of Super Aguri, headed up by former Japanese driver Aguri Suzuki, a new team that would receive Honda engines from 2006 and be led by Sato.

As lead driver Sato continued to impress and disappoint in roughly equal measure. He carelessly crashed out in Indianapolis, but at the final round of the year in Interlagos he drove to a fine 10th.

In 2007 former Carlin F3 team mate Anthony Davidson joined him at Super Aguri. Sato broke the team’s duck and scored an excellent sixth in a chaotic race at Montreal, even passing Fernando Alonso’s McLaren. In the second half of the season Davidson was visibly quicker.

Super Aguri only lasted four races in 2008 before collapsing, with Honda no longer willing to keep giving them financial support. They canned their factory squad at the end of the year as well.

Sato turned to IndyCar racing in 2010 and two years later almost won the Indianapolis 500. Trying to pass Dario Franchitti for the lead at the beginning of the final lap, he spun and crashed into the wall.

He made amends the following year with a breakthrough win in an incident-packed race at Long Beach in his third race for the Foyt team. It proved the beginning of a barren spell, however, and Sato spent the next three seasons in the lower reaches of the points.

A move to Andretti in 2017 paid off quickly: he started and finished fifth in the season-opener at St Petersburg. Even better things were to come at Indianapolis where he qualified foutrh, one place ahead of Andretti’s star hiring Alonso. A spate of Honda engine failures during the race halted Alonso and others, but Sato’s engine kept going and a late pass on Helio Castroneves finally delivered the win he had missed out on five years earlier.

Sato split from Andretti at the end of 2017 and joined Rahal-Letterman-Lanigan. While his return to Indianapolis was a disappointment – he crashed out before quarter-distance – he nabbed a superb win in the penultimate race at Portland from 20th on the grid. Two more wins came his way in 2019 as he beat team mate Graham Rahal to ninth in the championship.

Over the opening races of 2020 it was Rahal who best highlighted the RLL’s potential. But Sato was in superb form at Indianapolis, bagging a place on the front row, alongside Marco Andretti and Scott Dixon. While Dixon led much of the day, Sato came on strong in the final stint, passing his rival, and securing a second win when Spencer Pigot crashed heavily, bringing out the yellow flags.