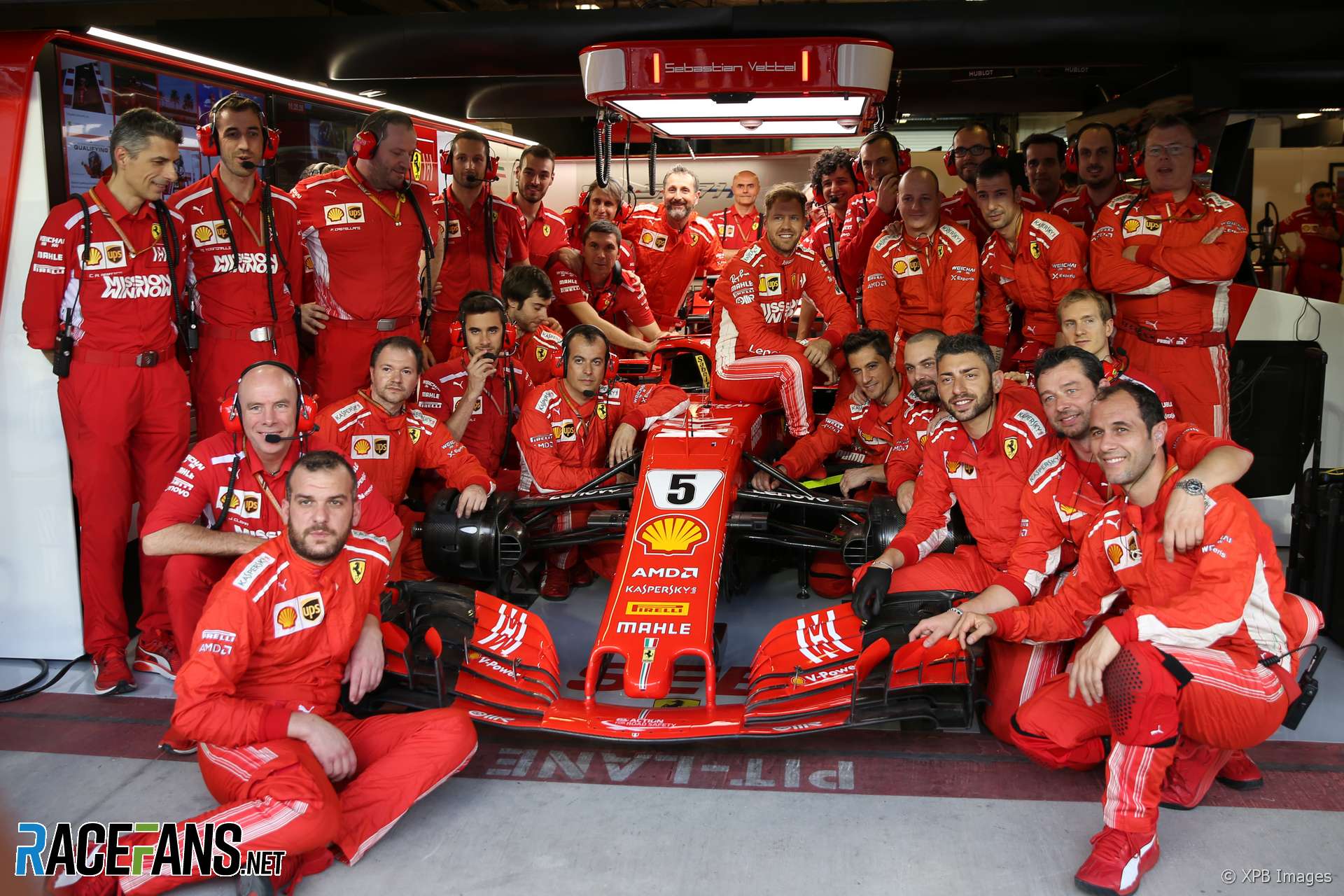 Ferrari and Formula 1 are inseparable in the eyes of some. They are the only team in Formula 1 today to have competed in the first world championship in 1950.

The first decade and a half of the world championship saw a string of Ferrari championships won by the likes of Alberto Ascari, Juan Manuel Fangio, Phil Hill and John Surtees.

Ferrari struggled from the mid-sixties to the mid-seventies, before the new partnership of Niki Lauda and Mauro Forghieri delivered more titles in 1975 and 1977. There might have been another in 1976 – but Lauda was gravely injured in a fiery crash at the Nurburgring. His return late in the season, only to withdraw from the final race of the year, ultimately led to a split between him and team founder Enzo Ferrari 12 months later.

The patriarch died in 1988, nine years since a driver last won the title with the team and five years since its last constructors’ championship. Throughout much of the 1980s and 1990s Ferrari looked like they would never regain the clarity of focus needed to go all the way. Alain Prost came close to winning the title with them in 1990, then was fired a year later for making comments about his car which were as unflattering as they were accurate.

It was only when Jean Todt recruited a swathe of staff from outside Italy – including Michael Schumacher – that the team tasted championship success again. It began the 21st century with an unprecedented five consecutive championship doubles, and even after Schumacher’s departure the team claimed another double in 2007.

Kimi Raikkonen won the drivers’ championship for them that year but in 2010 he was replaced by Fernando Alonso. His successor came close to lifting the drivers’ crown that year and again in 2012, finishing runner-up to Red Bull’s Sebastian Vettel on both occasions.

After four years of partnership between Alonso and Felipe Massa, without taking either driver or constructors’ title, Massa left and was replaced himself by a returning Raikkonen, the Scuderia’s last champion. Alonso himself lasted a further season before being replaced by the man who had beaten him for many of his years at Ferrari, Sebastian Vettel.

Vettel and Raikkonen’s partnership at the team was without apparent disagreements, Raikkonen taking a second driver role without friction. Although on several occasions it seemed Ferrari had a faster car than the dominant Mercedes team, they were unable to take either title and Raikkonen was replaced for the 2019 season by former Ferrari Driver Academy member Charles Leclerc, the first from the programme to make it to their top team.

Leclerc’s star rose as Vettel’s seemed to fade and the latter was told his contract would not be renewed for 2021, ahead of the 2020 season. A controversy over their power units in 2019 appeared to badly affect Ferrari, suffering their worst finish in the constructors for forty years and taking no wins at all in 2020.

Vettel was replaced for 2021 by Carlos Sainz Jnr. Despite not taking a title since 2008, today they have a record 16 constructors’ championships to their name, and might have won more had the title been awarded before 1958.